Our Top 10 Tips for Repairing the Samsung Galaxy S10 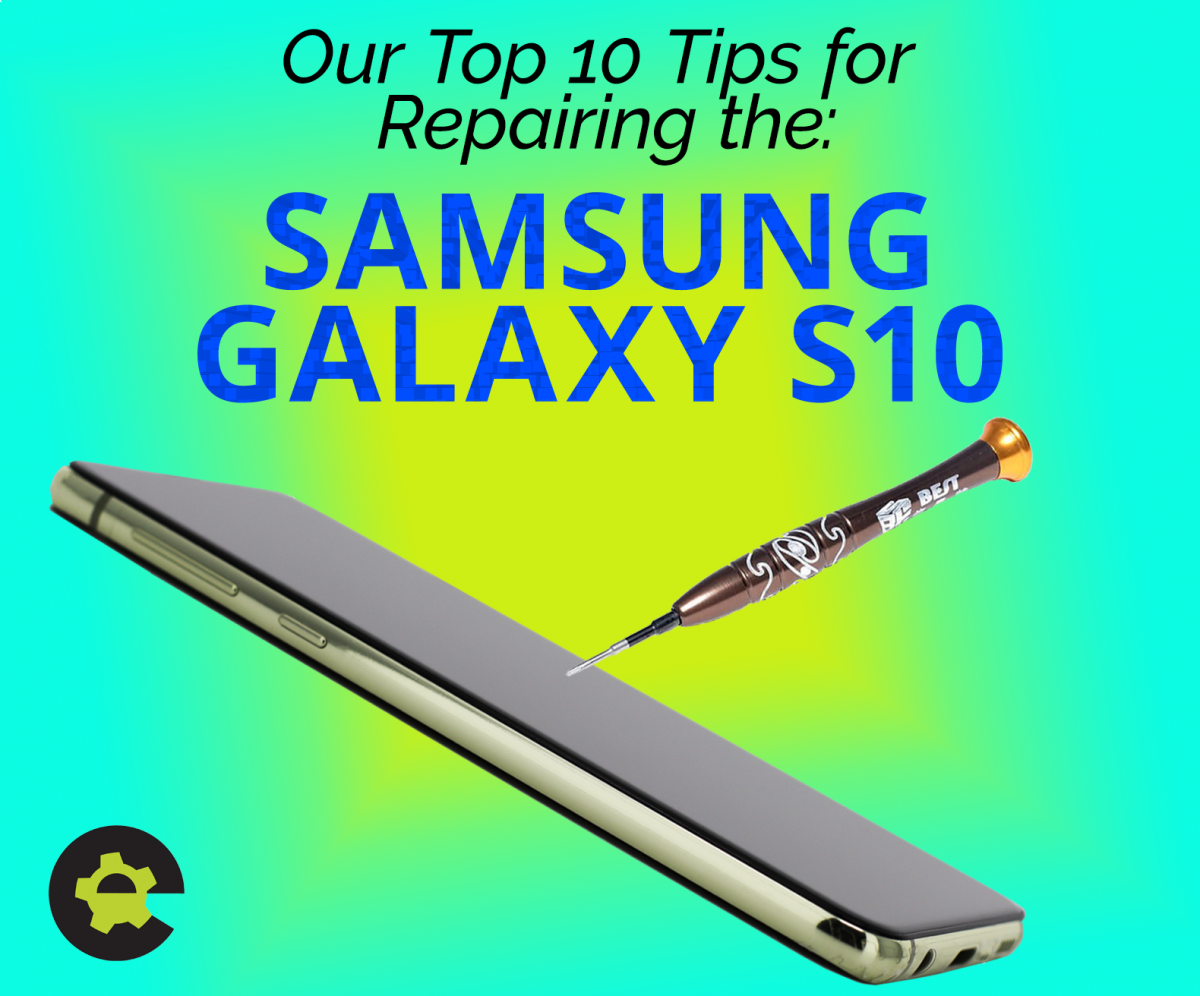 Our Top 10 Tips for Repairing the Samsung Galaxy S10

With the release of the new Samsung Galaxy S10, S10e, and S10+, Tech Bob is here to share the top 10 tips for repair. This time around, Samsung has not made any drastic changes to the layout of their flagship phone. However, there are some small but important changes that we are excited to tell you about! Here are your top 10 tips for the Samsung Galaxy S10 Series, Enjoy!

Since the Galaxy S6, Samsung has used a glass back on their flagship phone to allow wireless charging. The S10 series has a new feature that allows you to wireless charge other devices. To get this back plate off in one piece, use heat and carefully pry between the back plate and the midframe. We recommend using a thin plastic tool to slide between glass. Check out our pry tools here.

2. Phillips to the Rescue

Samsung has stayed true to their screw uniformity.  The only screw driver you will need to complete the repair is a Philips Screw Driver. Even though the screws are the same size, we recommend that you still keep them in order. Not all cellphones are designed this way.  Use this precision Philips screw driver and screw mat to get the job done right.

3. Don’t Forget About the SIM Tray

This step is sometimes easy to forget, but make sure to remove the sim card tray before you attempt to remove the logic board out the phone. Use a sim card remover tool to eject the tray out the top of the device.

The more you charge your phone, the more your battery’s full capacity decreases. The batteries in the in Galaxy S10 series is adhered to the midframe. We recommend adding a little heat to the front glass to heat up the adhesive under the battery. Then, carefully pry the battery out. Be very carful not to puncture the battery.

Samsung as always been known to have all or most of their components individually plugged to the logic board. This is very convenient when it comes to replacements. You can go in and replace which ever components are having issues without touching the ones that are working fine.

Yes, you read that correctly. Samsung is using sound to read your fingerprint. This component is integrated in to the screen assembly. This means that if the sensor is having any issues, you may have to replace the entire screen assembly. (This feature is not available on the S10e)

When you are ready for reassembly, make sure to reapply adhesive in between the mid-frame and the screen. Most replacement screens will come with a precut adhesive strip that fits perfectly into the midframe. It is important to reapply adhesive so that the new screen assembly does not lift.

The Galaxy S10 Series is IP68 water/ dust-resistant, which means that it can be submerge in liquid up to 1.5m deep for up to half hour. Also, dust cannot enter the body of the phone. Once you open up your S10, S10e or S10+ it loses that water resistance, so we recommend that you don’t go swimming with it after repair.

10. Screens are not Carrier Specific

In the past, some models of the Galaxy series had different frames for different carriers. You don’t have to worry about buying the incorrect screen/frame because the frames are universal for all carriers.